How Can I Make My Interior Look More Expensive? Lorenzo Miller is not only our Content Editor, but also our resident fashion expert at Purdy Design. He grew up in Madrid, Spain and became passionate about alternative fashion as a teenager. He has traveled extensively throughout Europe where his passion for fashion became more intensive. Lorenzo lived in Paris for several months before moving to Seattle to pursue a career in fashion design and advertising. He also pursued a journalism degree at the University of Washington and fused his knowledge of fashion with his love for writing. Whether you are staging your home for potential home buyers or simply looking to improve your home’s interior, going for an expensive look is often the end goal. Of course, spending an arm and a leg on new furniture and art to make it as lavish as possible is not an ideal way to achieve your goal. Fortunately, there are smart ways to make your home ritzier without draining your bank account. If you want a more expensive-looking interior, here are some tips that will help you along the way.

Much like people wear accessories to enhance their appearance, certain home items like rugs and curtains can bring some extra spice to a room. Of course, this can be done improperly. For example, small rugs can actually make a room appear smaller than they really are, which may make onlookers feel like they are closed in and have less room to move. The solution? Find a large, affordable faux fur rug from a brand like Chesserfeld that really helps to add that extra luxuriousness you are looking for. When your guests see that sprawling fur rug across your living room (or wherever it may be needed), chances are that they are going to be quite impressed.

Create an environment of culture and creativity with art

When you own a house, you don’t want to fill your bare walls with too many paintings and other objects. It can feel like it is too much when the walls are packed with by side-by-side paintings and decorations. That said, adding some art here and there (where appropriate) can really make certain areas of the house more elegant. Of course, finding the right art at an affordable price can be difficult. One great place to look is at companies like Paint Loose where they not only sell individual art pieces but also art supplies, which you may be interested in if you are looking to create art of your own. Whether purchased or homemade, art can make environments feel more expensive than they truly are.

If you’ve ever been in a large house with windows that covered the whole wall, you’ve most likely seen those massive drapes that reach the floor and bundle up at the bottom. These floor-to-ceiling drapes and curtains are not only associated with wealth but can make a room feel larger and taller by drawing the eyes further up in the room. Make sure that you purchase the right fit for your room, however, as you don’t want ones that prevent light from getting in or ones that look ridiculously heavy and long. If you would prefer to make your own, you could also purchase more affordable curtains that are simply too long for the room and alter the length of them yourself!

Expensive modern homes know how to make things feel more spacious and minimalistic without reducing the value of the room. This is done by filling space consciously with high-quality furniture that wows those walking through your home. Remember, you want to make sure that each piece works together to create a cohesive theme. If you choose out pieces that draw too much attention, don’t work with each other, and take up far too much space, you are going to have trouble creating the expensive look you want. The good news? Minimalistic furniture tends to be quite affordable and is in style, making it easy to find the right pieces for your needs.

Making a home feel more expensive is not difficult or costly when you have the right guidance. Use the tips provided above to begin creating the expensive-looking space that you are looking for without breaking the bank.

5 Ways to Make Your Wardrobe Neater This Summer 3 Things to Consider When Buying Whitegoods 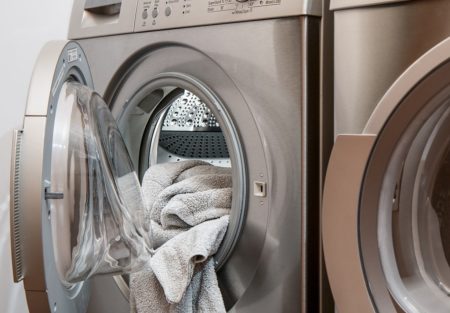